Finally, the weather played nice enough for us to make the drive from Toronto to Niagara Falls on Thursday. Unfortunately, it was on the same day we had to drive to Ottawa, which is in the complete opposite direction. Not to worry though because turning our sensible five hour drive into a nine hour day in the car was well worth it for what awaited us at Niagara Falls.
Of course, the area surrounding the falls is super touristy – almost like a theme park. This particular day, we threw caution to the wind and actually BEHAVED like the tourists that we are. What can I say, Niagara’s beauty made us giddy!
So here are a few quintessential tourist shots of the surrounding amusement park as we made our way down to the water’s edge. 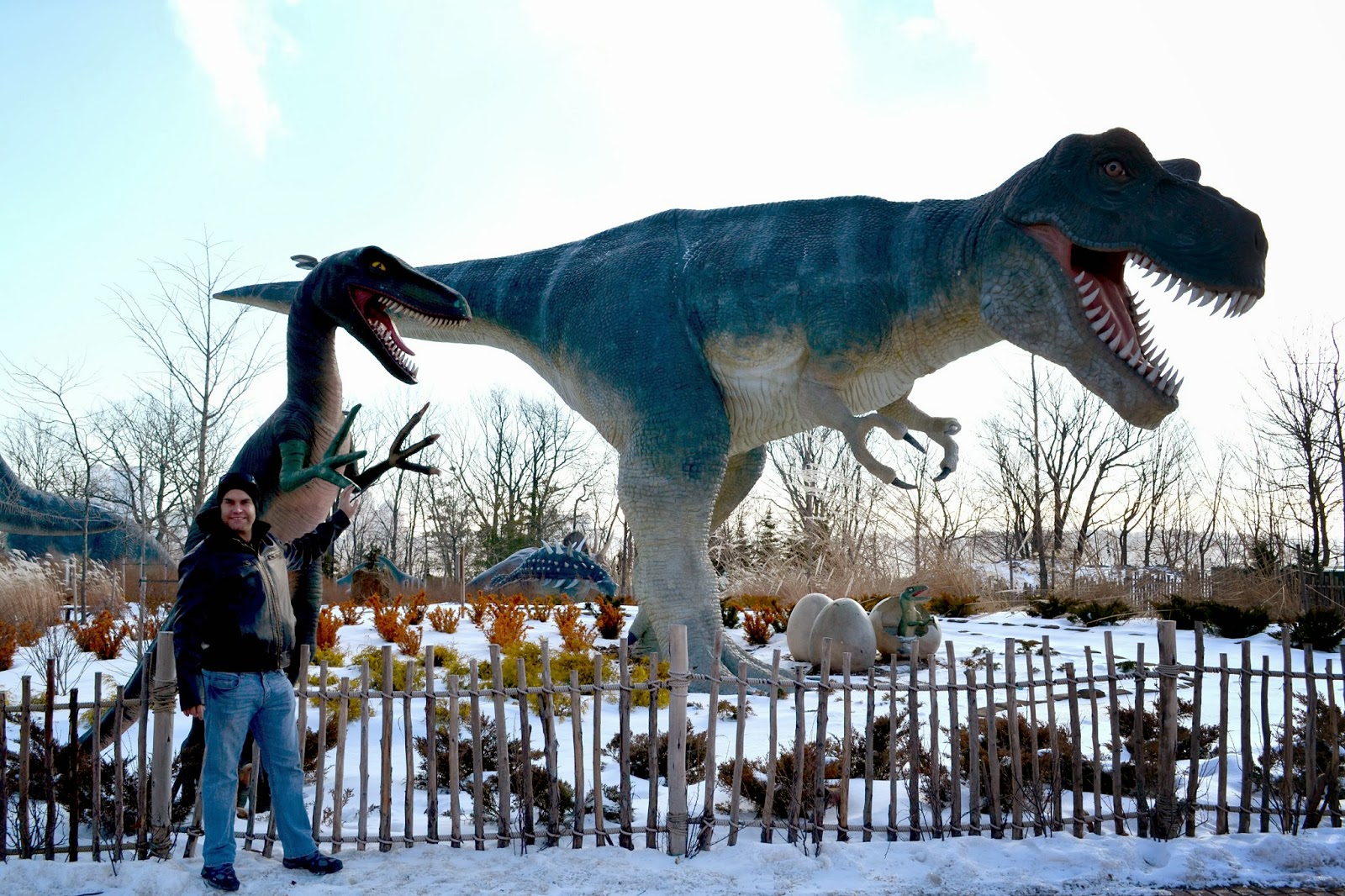 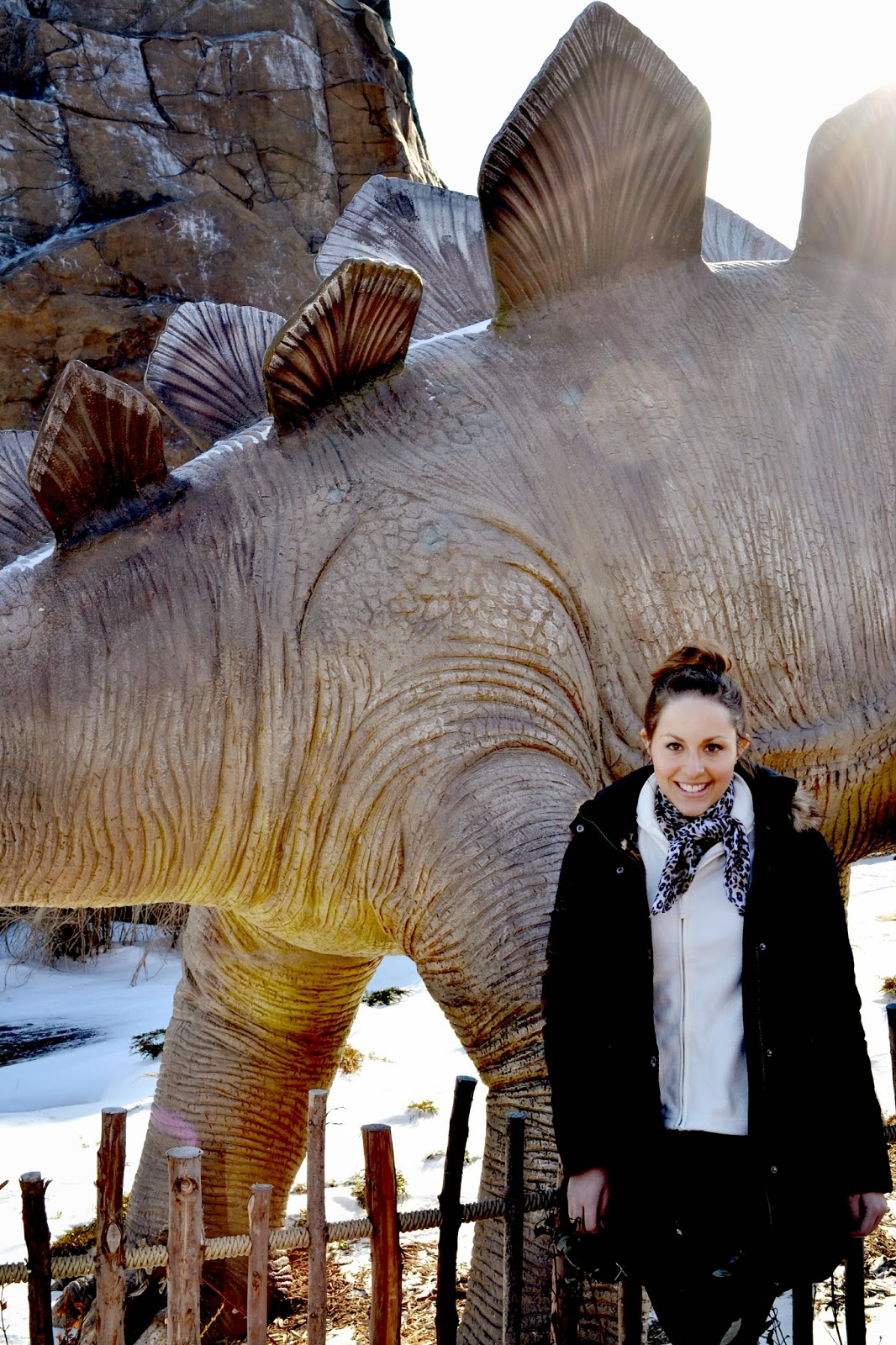 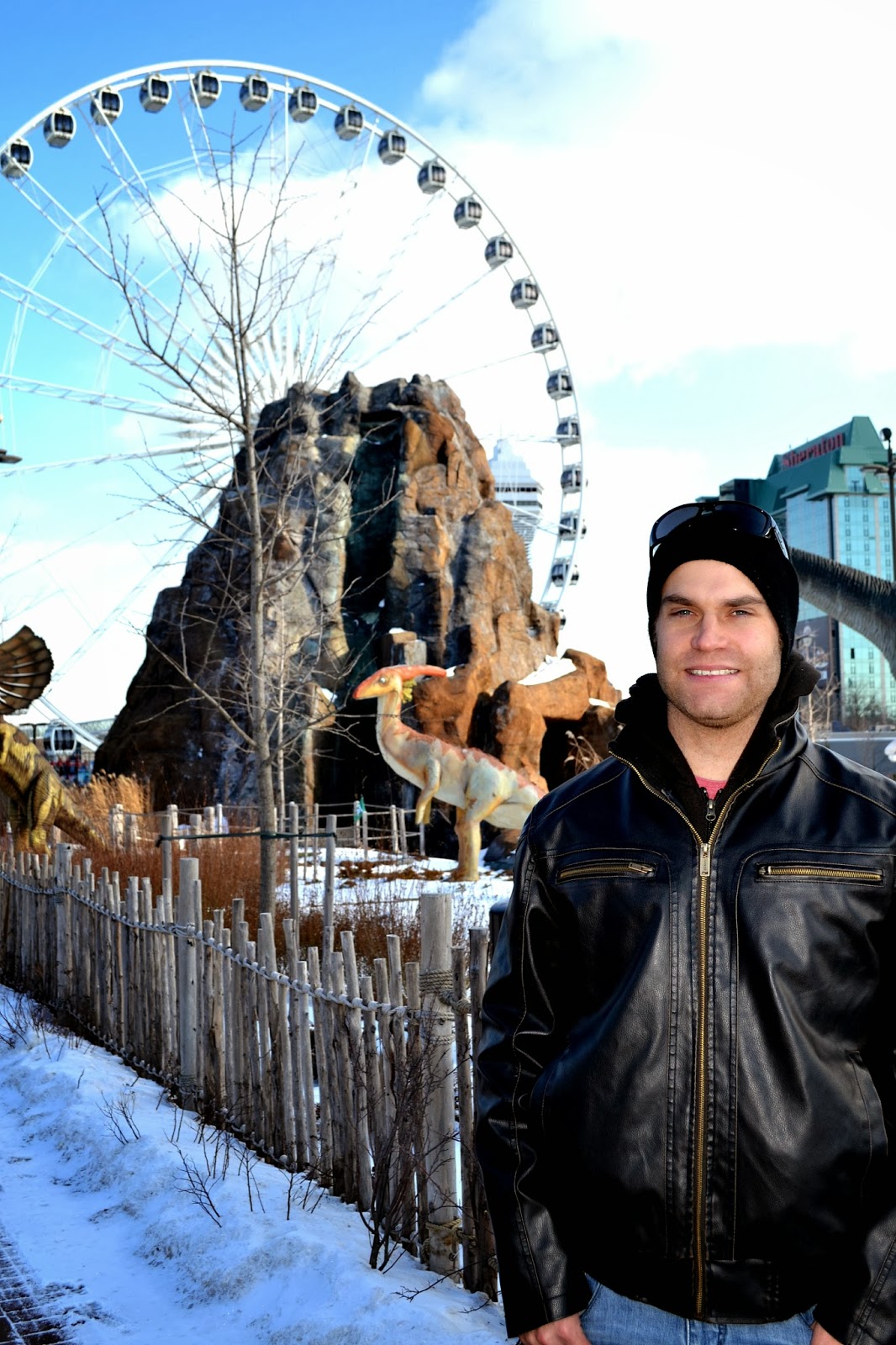 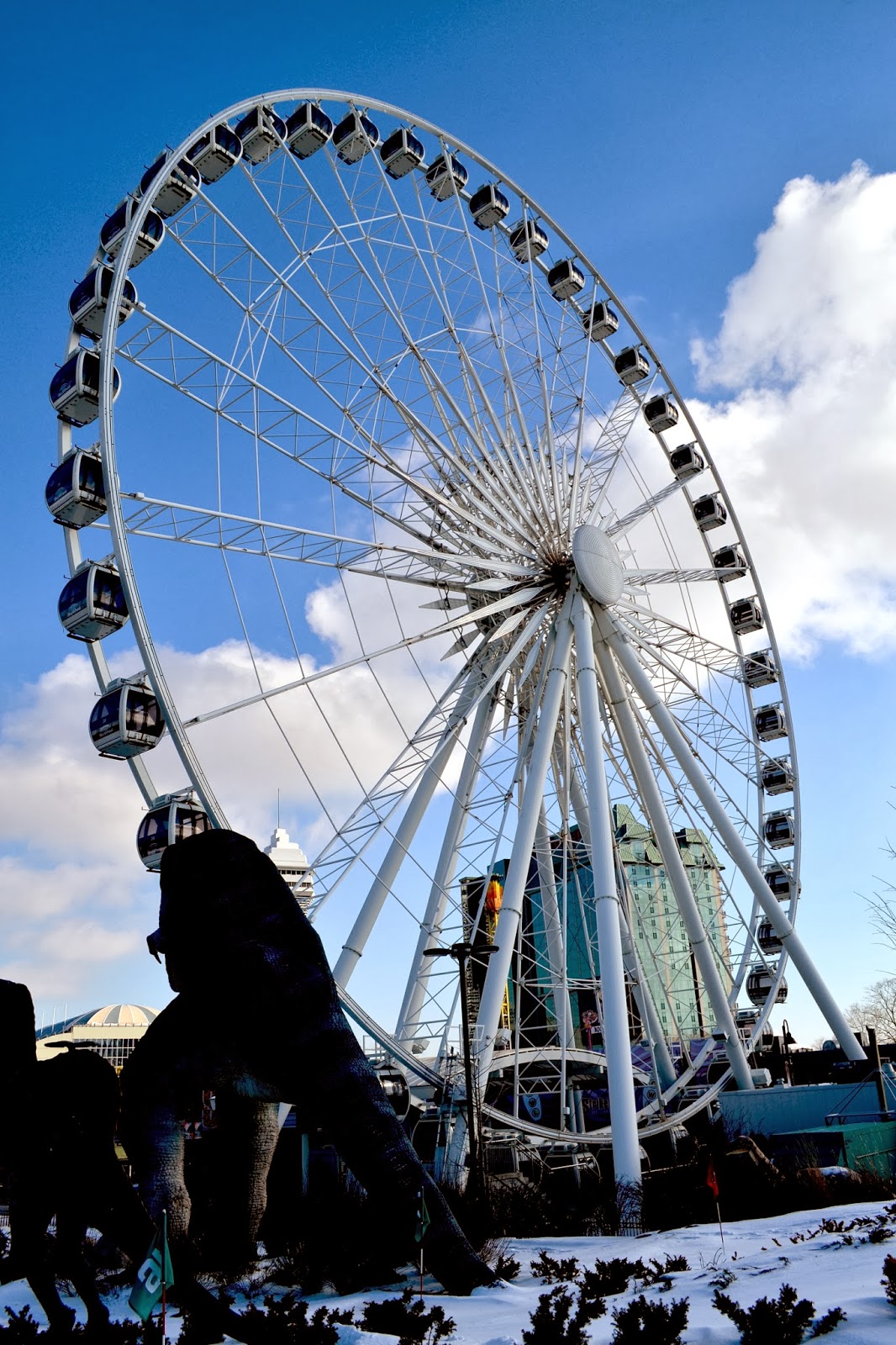 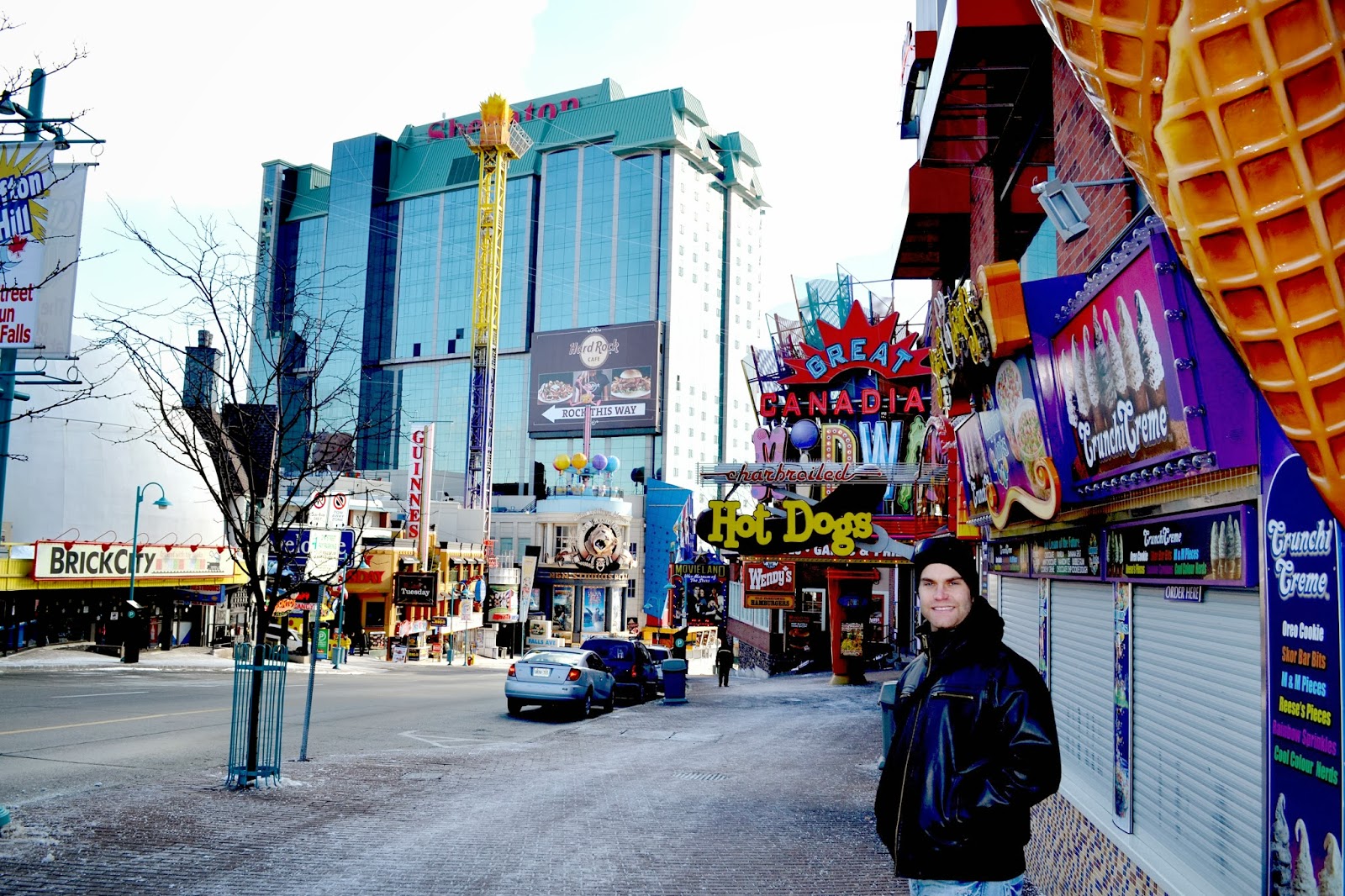 Our first glimpse of Niagara Falls rendered us completely and utterly awe struck. The enormity of the gorge and the sheer size and drop of the waterfall is unlike anything you could ever imagine. It was nature as its most powerful and majestic. And it was different to how we had seen it pictured before. The Falls were stunningly white and draped in an icy veil and the entire scene was covered in a blanket of snow and ice. 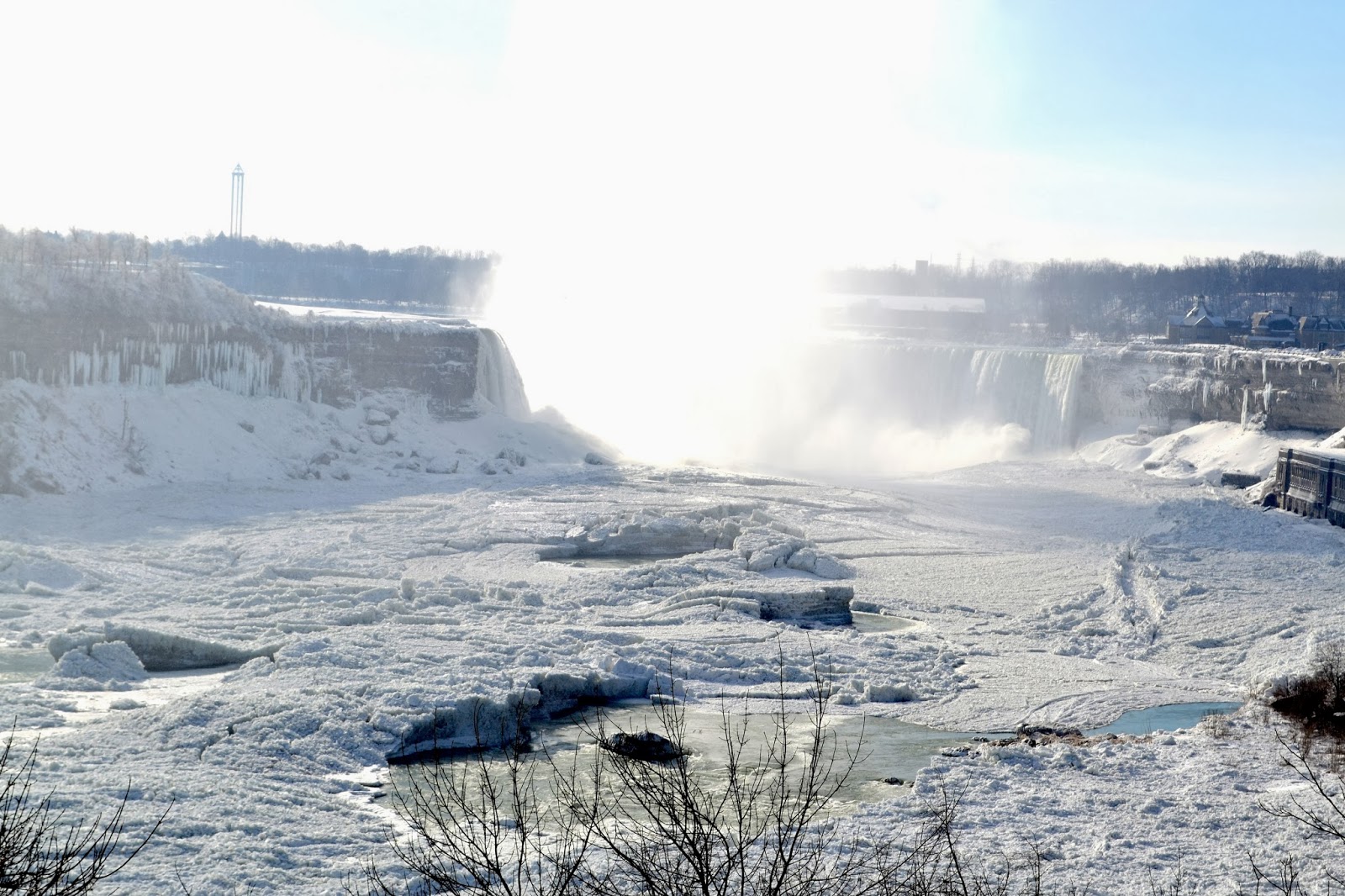 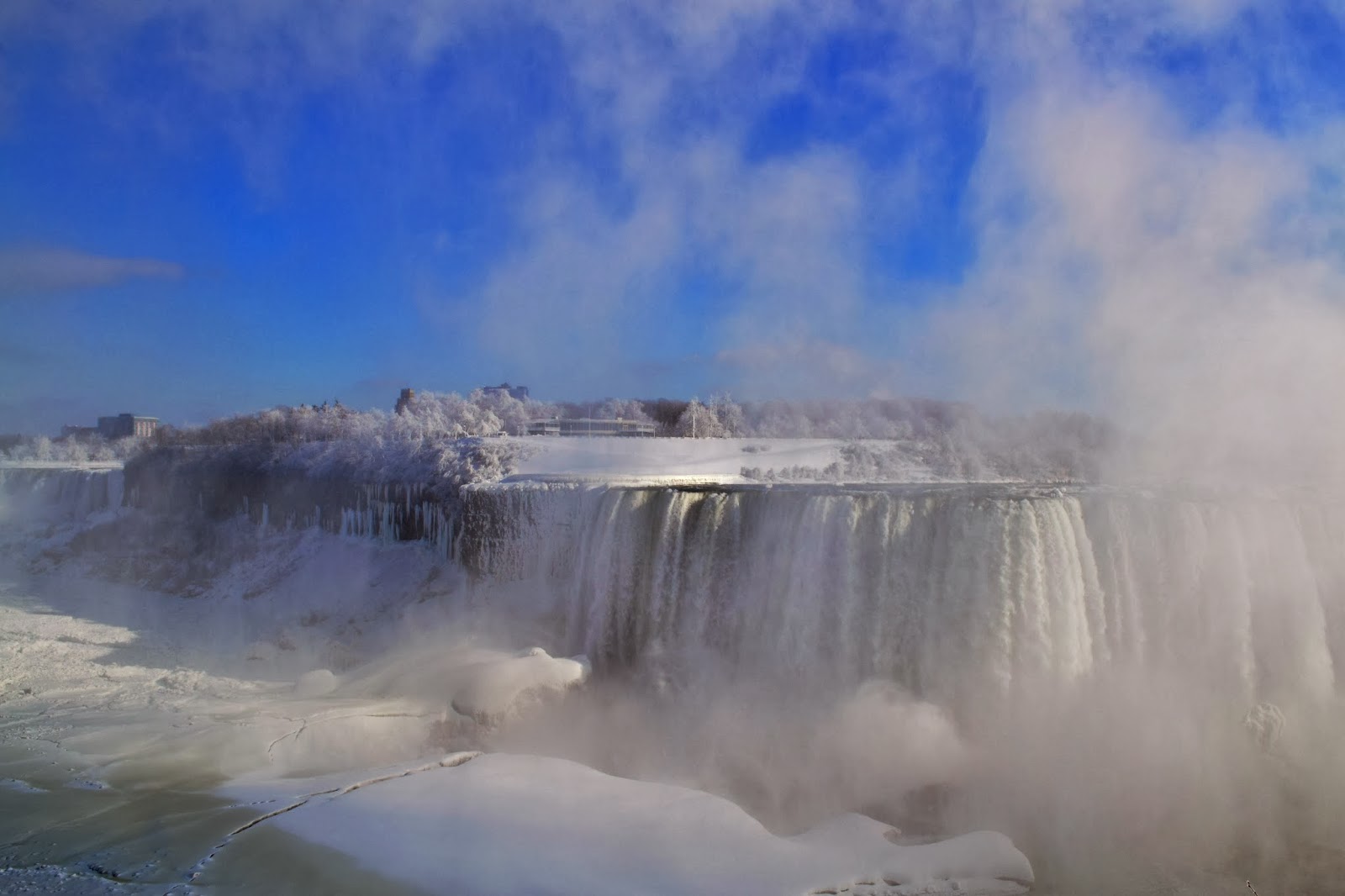 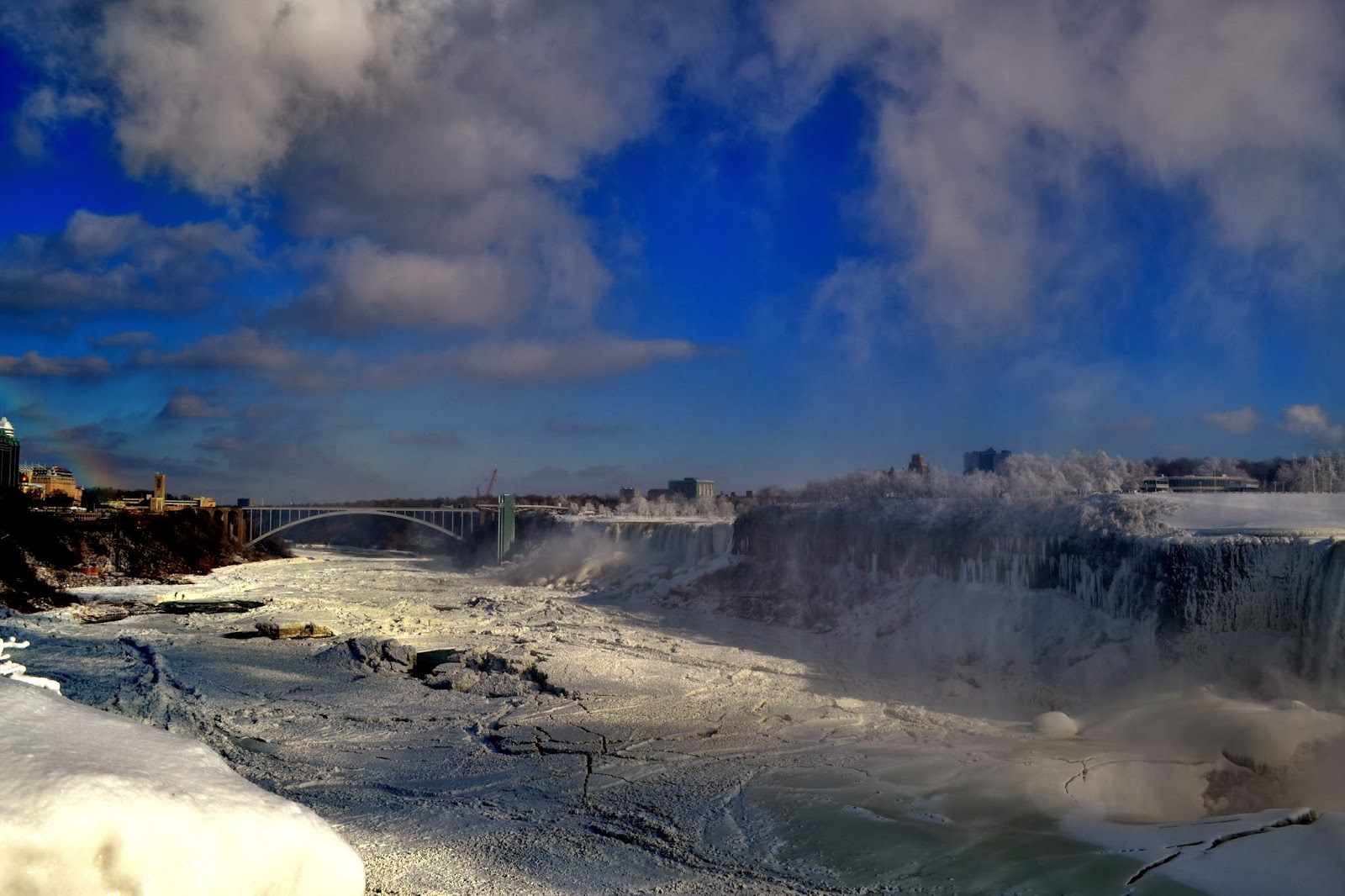 Niagara Falls is the collective term for the three waterfalls that straddle the border between the US and Canada. The smaller American and Bridal Veil Falls (both in the US state of New York) were partially frozen (the above photographs show this) due to the polar vortex that has brought record low temperatures to much of the US, but the much larger Canadian Falls (called the Horseshoe Falls, located in the province of Ontario) were still flowing freely. 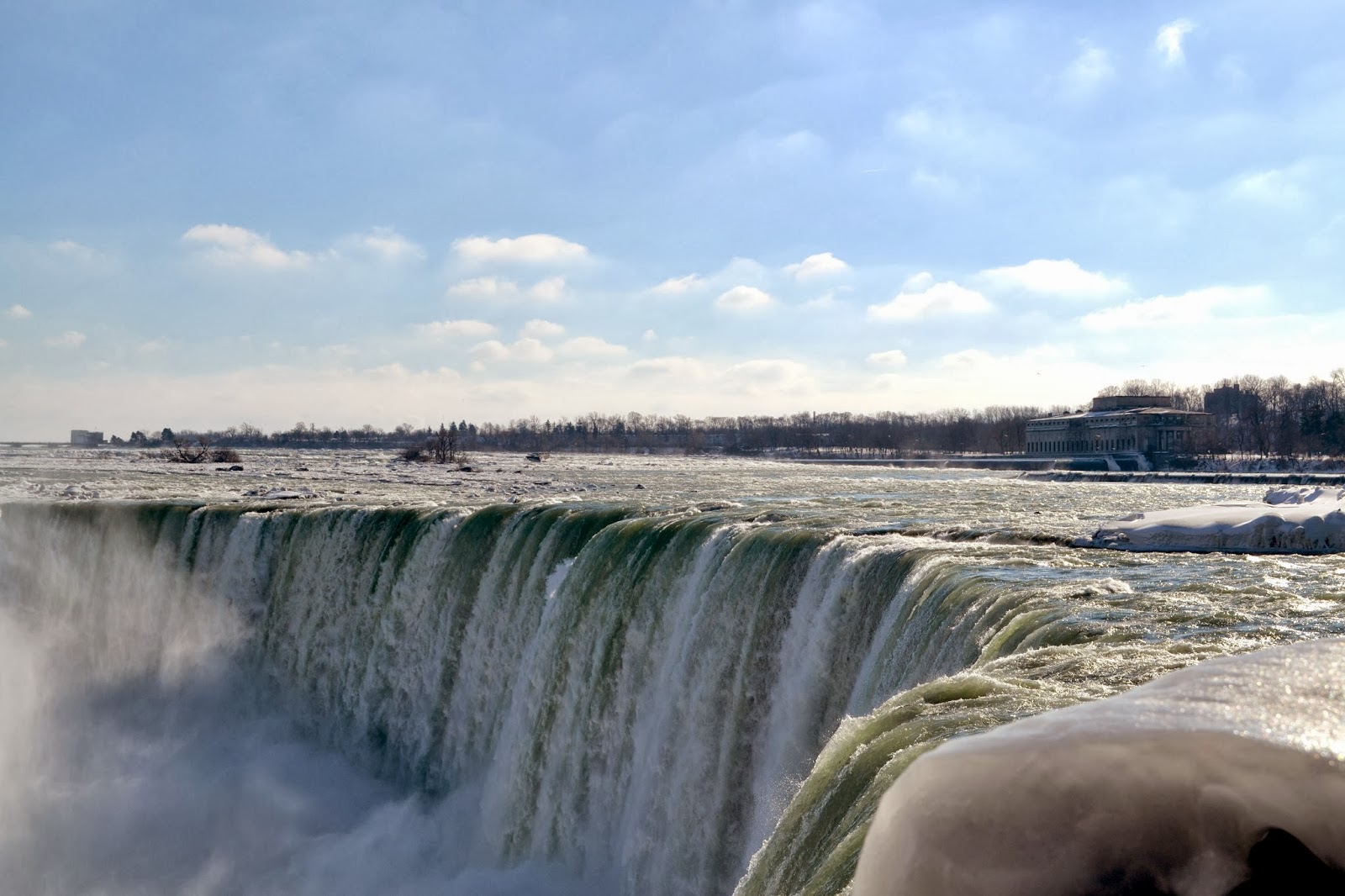 An entire day or more could be spent basking in the beauty of Niagara Falls and exploring the enormous gorge but we didn’t have the time. I’m so glad we at least saw it from the Canadian side because we were able to get so close. When we peered over the railings, we were staring directly to the huge body of water as it cascaded over the imposing Horseshoe Falls. It was incredible. 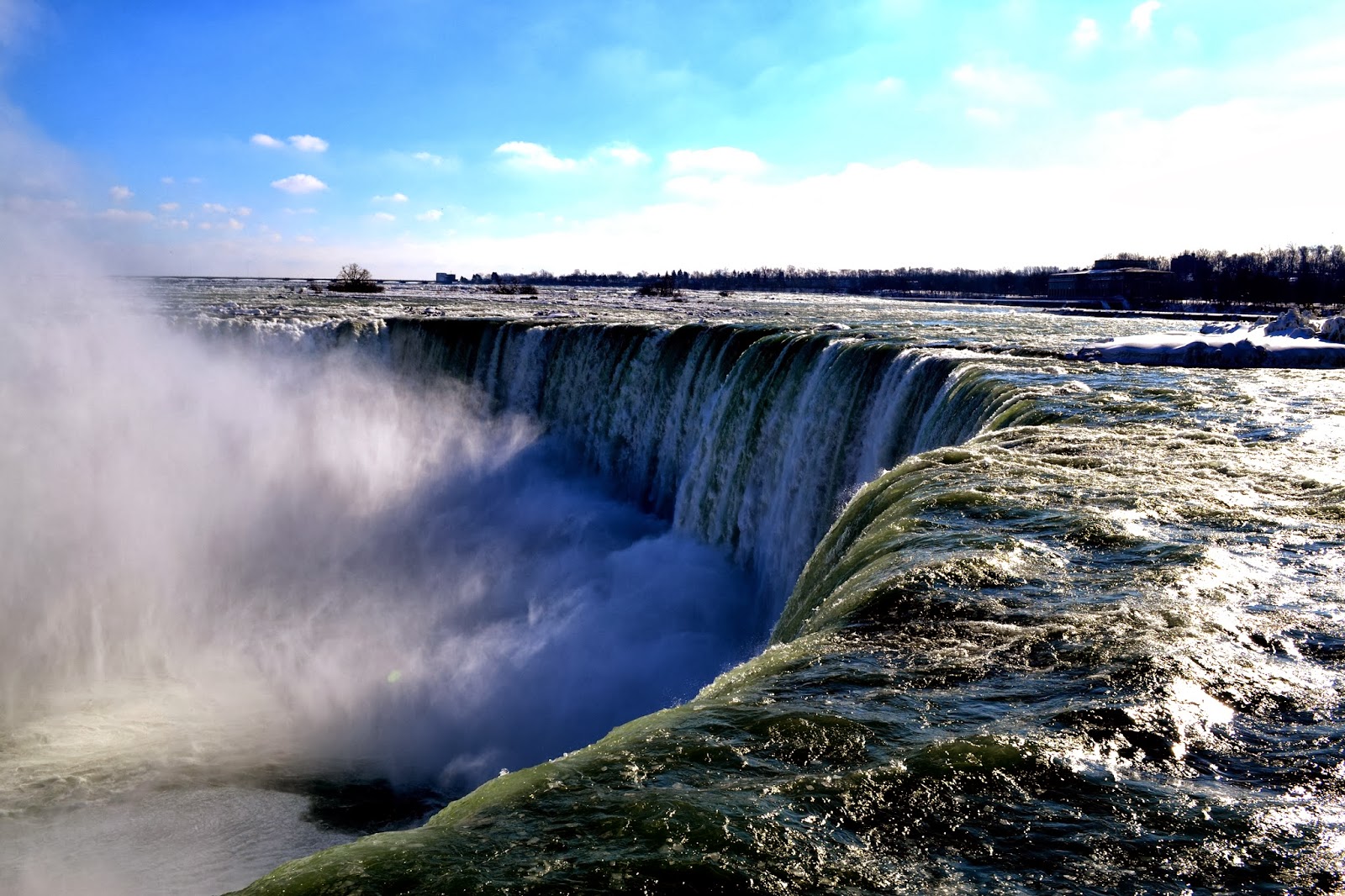 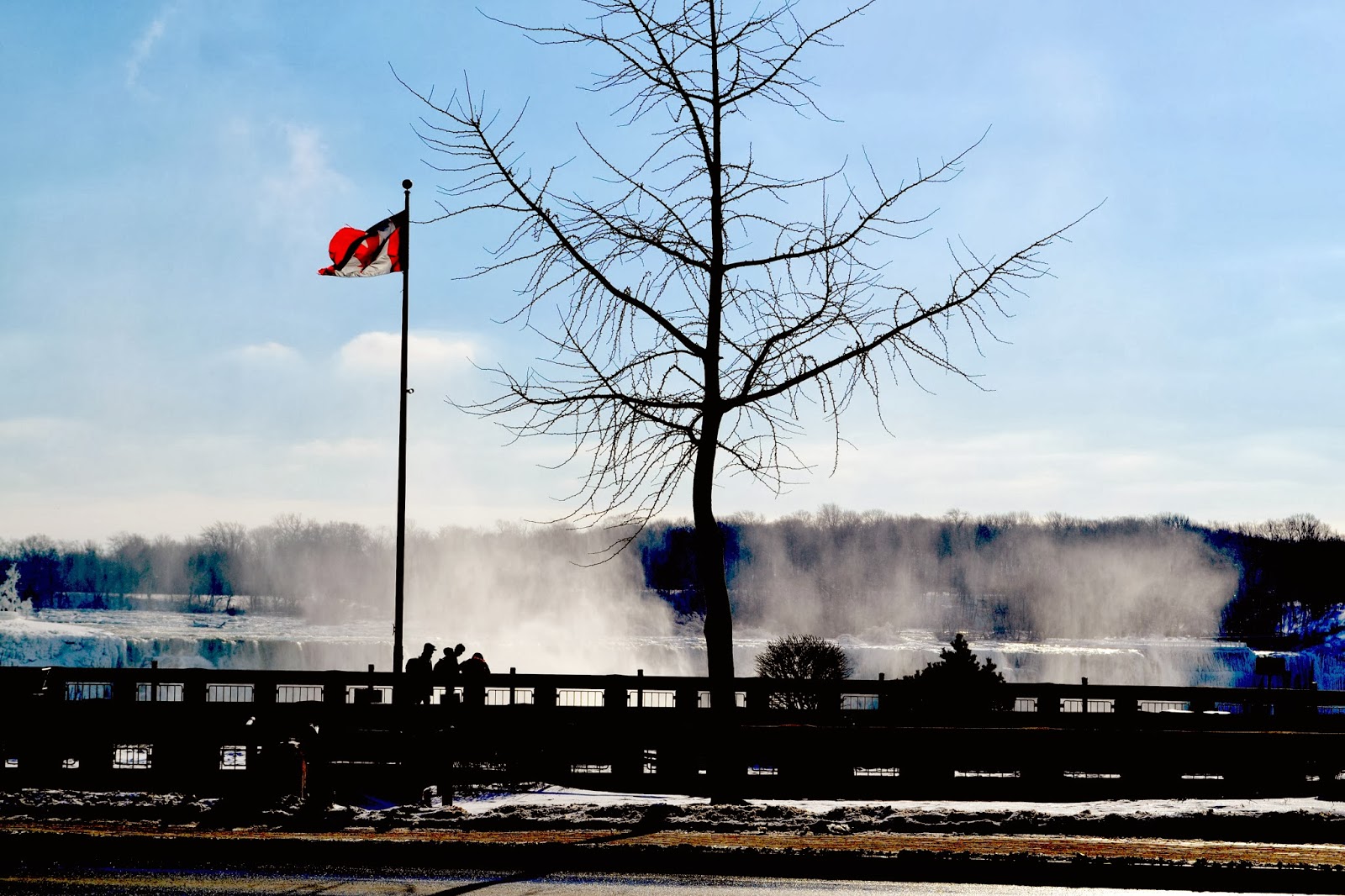 Next up in our adventures is exploring Canada’s capital city, Ottawa. It is steeped in history and cultural and architectural brilliance so I’m already in love. More on that next time!
From Ottawa, with love xo
January 11, 2014 By Carly
Share Tweet Pin it +1

A Photo Shoot and A Mini Getaway

The Palace of Versailles Gardens