The very first thing that struck me about Ottawa was its grand architecture, its history and its contemporary feel. Its a city where two worlds meet and co-exist in design and style – it is both formalistic, functional and modern, and at the same showcases the romantic and neo-Gothic influences of Europe. I instantly fell under Ottawa’s spell and was completely besotted from the very beginning.
One fine day, Ty and I ventured outside to explore this bustling and charming city by foot, which was so easy to do with our downtown location. The picturesque townhouses clad in brick and rich in black wooden detailing caught my eye as we made our way to the historic and man-made Rideau Canal. There is almost a spooky quality to the one pictured below but maybe that is attributable to the plume of smoke rising up from the ground. One thing is for sure though. It is remarkably beautiful! 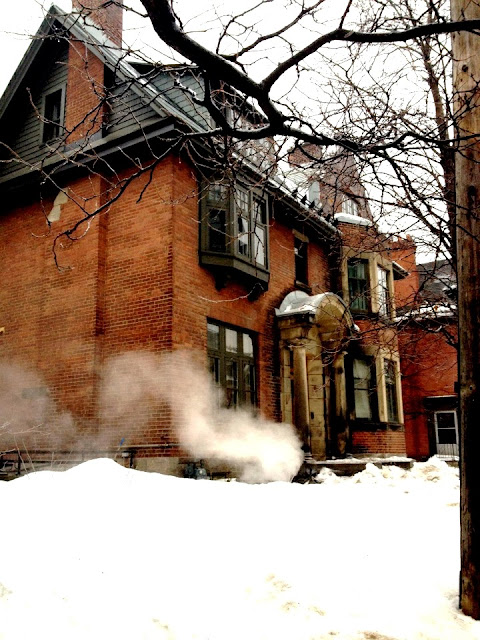 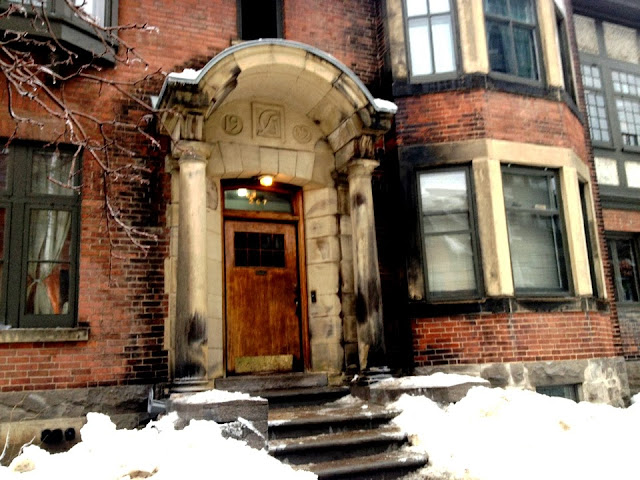 In winter time, the Rideau Canal, which runs through downtown Ottawa, becomes a winter wonderland and the world’s longest skate rink. As we crossed over the Canal on Somerset Street Bridge, we could admire it in all its frozen and snowy beauty from above. 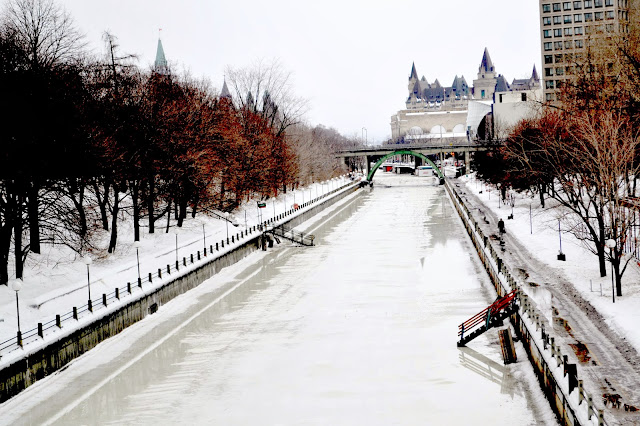 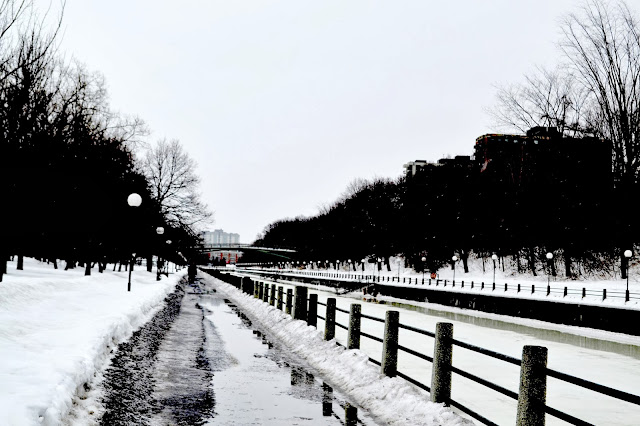 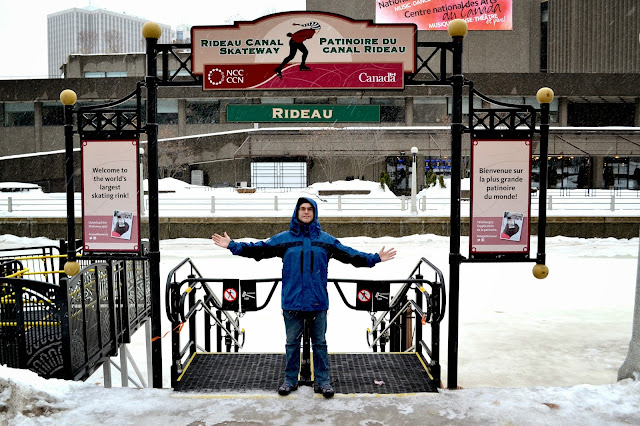 We also found love locks attached to the bridge, which reminded me so much of Pont de l’Archeveche in Paris. 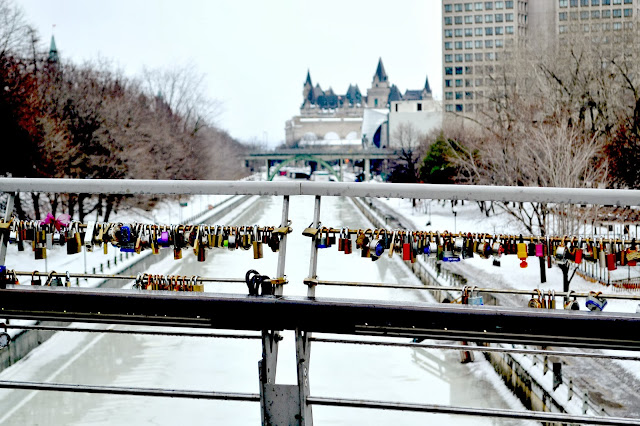 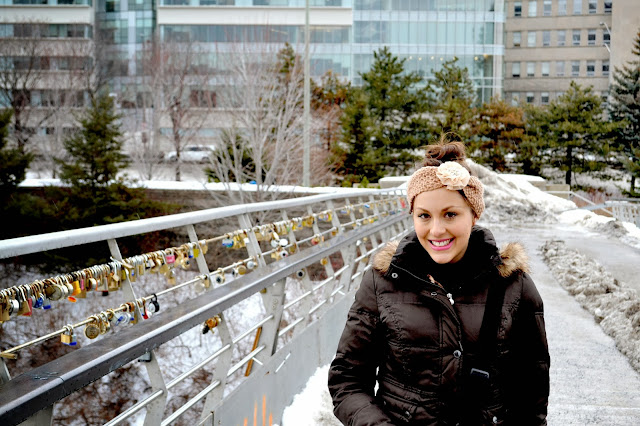 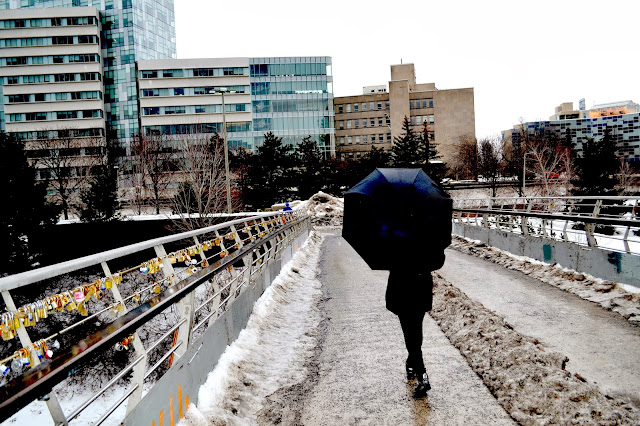 It started to snow so we hurried along the Canal a short distance to the heart of the city. From this vantage point, the majestic beauty and the stunning neo-Gothic artistry of the buildings sitting atop Parliament Hill came into full view. With snowflakes dancing on my cheeks (and not to mention my camera lens), it was the most perfect way to absorb the beauty of Ottawa’s most famous landmark. 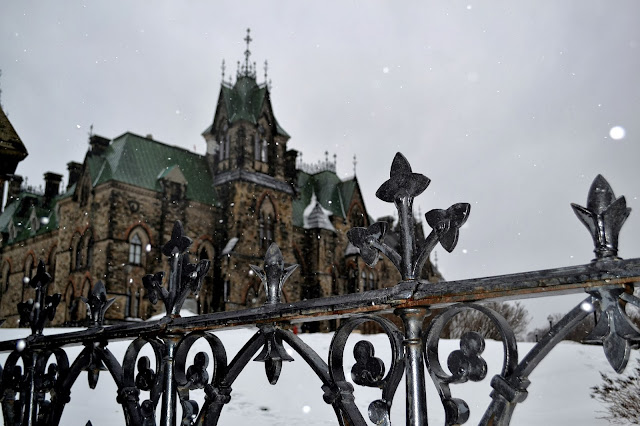 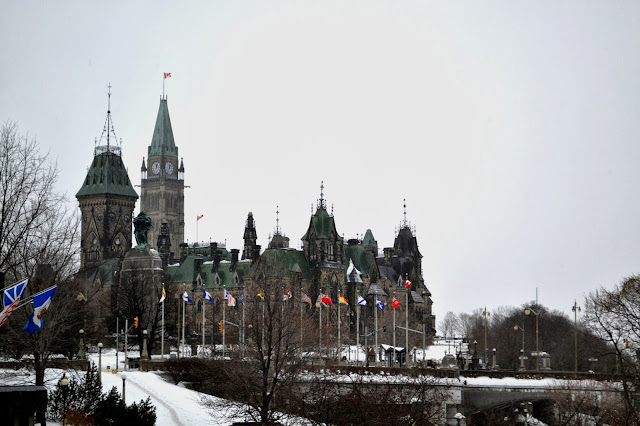 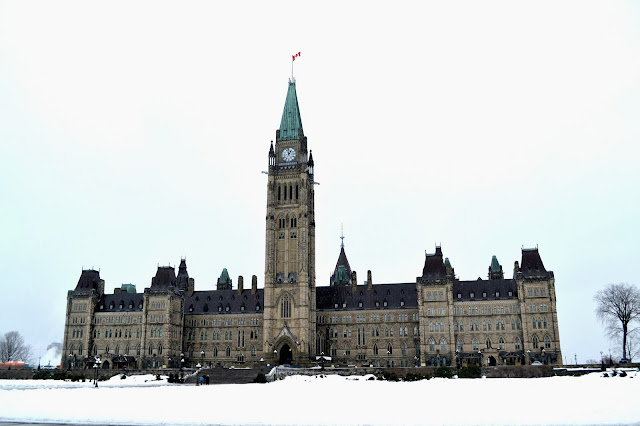 Across the Canal and adjacent to the Parliament buildings, it was impossible to miss the complementary beauty of the imposing French Gothic style hotel, the Chateau Laurier. 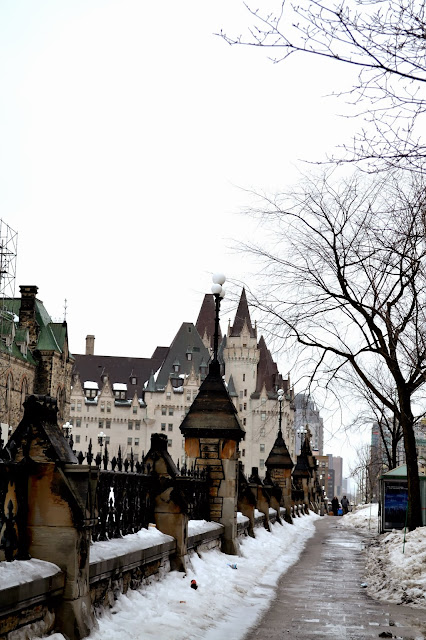 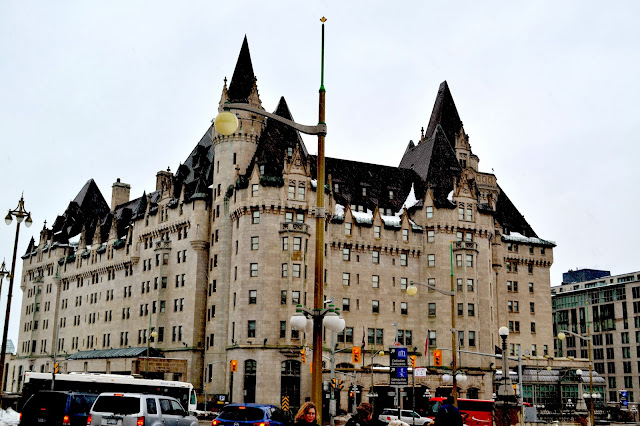 Between these two enormous structures, when peering across the icy bridge to where the Rideau Canal meets the Ottawa River below, we could literally wave bonjour to Québec Province. It was so close, it would’ve been impolite not to! 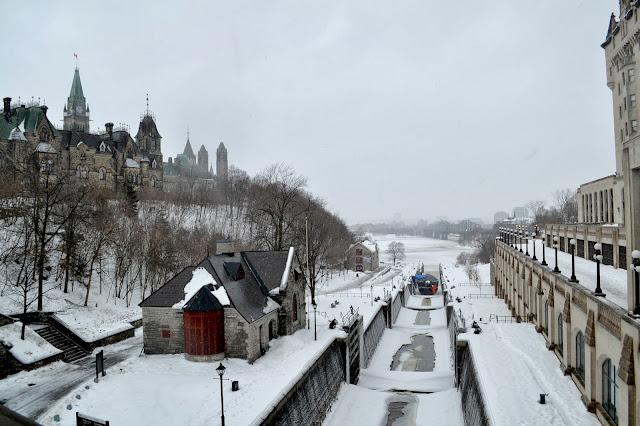 The magic, spirit and soul of the city was palpable on this amazing day. And with the weather playing nice (it was a glorious 2 degrees) and a beautiful white curtain of snow falling, it was as beautiful as heaven on earth. Don’t let the dreary bleakness in my photographs fool you! If you ever get the chance to visit Ottawa, go! It really is very special. Speaking of special, we celebrated Ty’s 27th birthday as well on this particular day, which made it even more remarkable and rememberable. 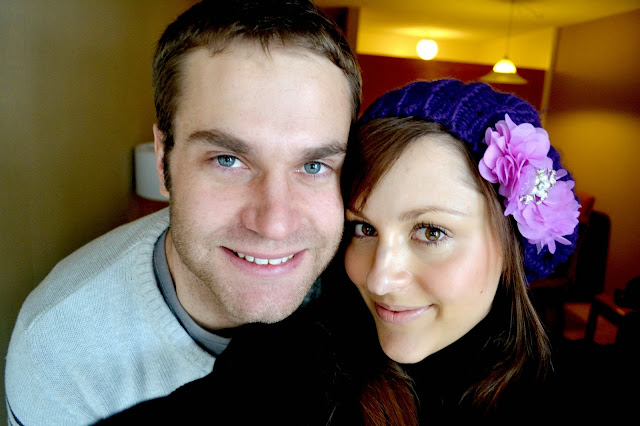 Sunday At The Beach

The Palace of Versailles