I’ve gotten a little bit behind on my posts at the moment and even though we are leaving Montreal tomorrow and I have two posts up my sleeve from our time here (starring my little sister Dimity!), I have one last thing to share with you from our recent stay in Canada’s capital city, Ottawa. Given my love for modern history and espionage novels, this was a day that provided plenty of intrigue, mystery and fun for me!
About 30km west of the city of Ottawa lies a small village called Carp. From the outside, Carp appears to be a quiet and quaint little town with cute ranch style homes, a few pubs and friendly towns folk. However, just north of the village, buried deep beneath the earth and snow, hides a formerly top secret Cold War bunker called the Diefenbunker.

Now I must warn you. On this particular day, we adopted our “tourist” personas to document our time at the Diefenbunker and allow us to take gimmicky photos until our hearts were content. Lucky for you, there aren’t that many, as I thought it mighy be rude to be snapping away while our tour guide was speaking. Viewer discretion is, however, advised.
The Diefenbunker, named in honor of Canada’s prime minister at the time, was built at the height of the Cold War in 1959-1961 to house key members of government in the event of a nuclear attack on Ottawa. On entering the bunker, we were met with a dark, cold, cement tunnel, which was constructed to divert nuclear shock waves away from the bunker’s entrance. The blast tunnel immediately gave us a sense of just how real the fear and threat of a nuclear war was during this time in our very recent history. 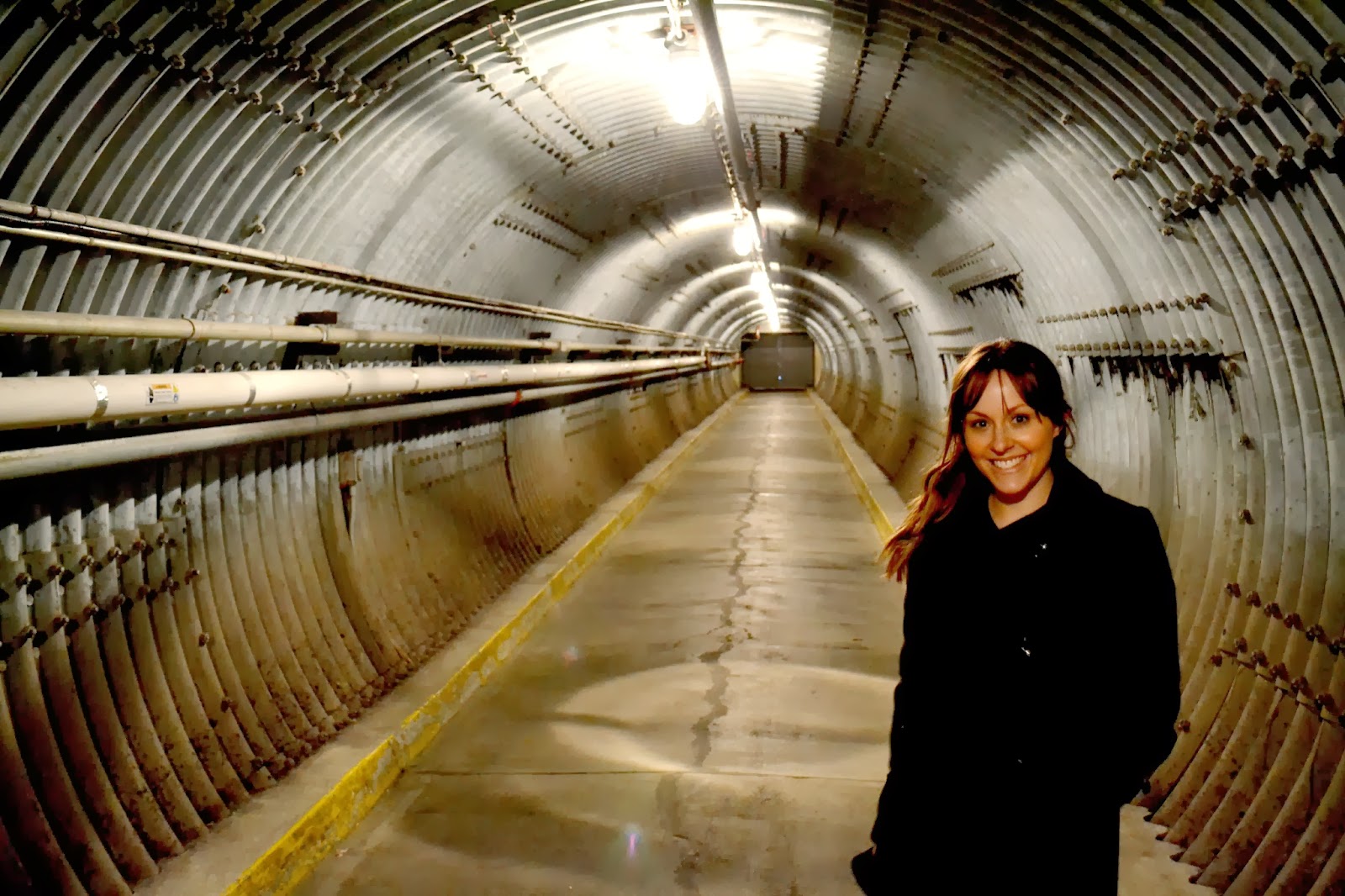 The sheer size of the bunker was absolutely astonishing and quite difficult to grasp. It is four stories high (or low, as it descends deeper and deeper underground) and was built to accommodate 550 people. To think that from above the ground, there is no telling that such a structure even exists there, is truly remarkable. 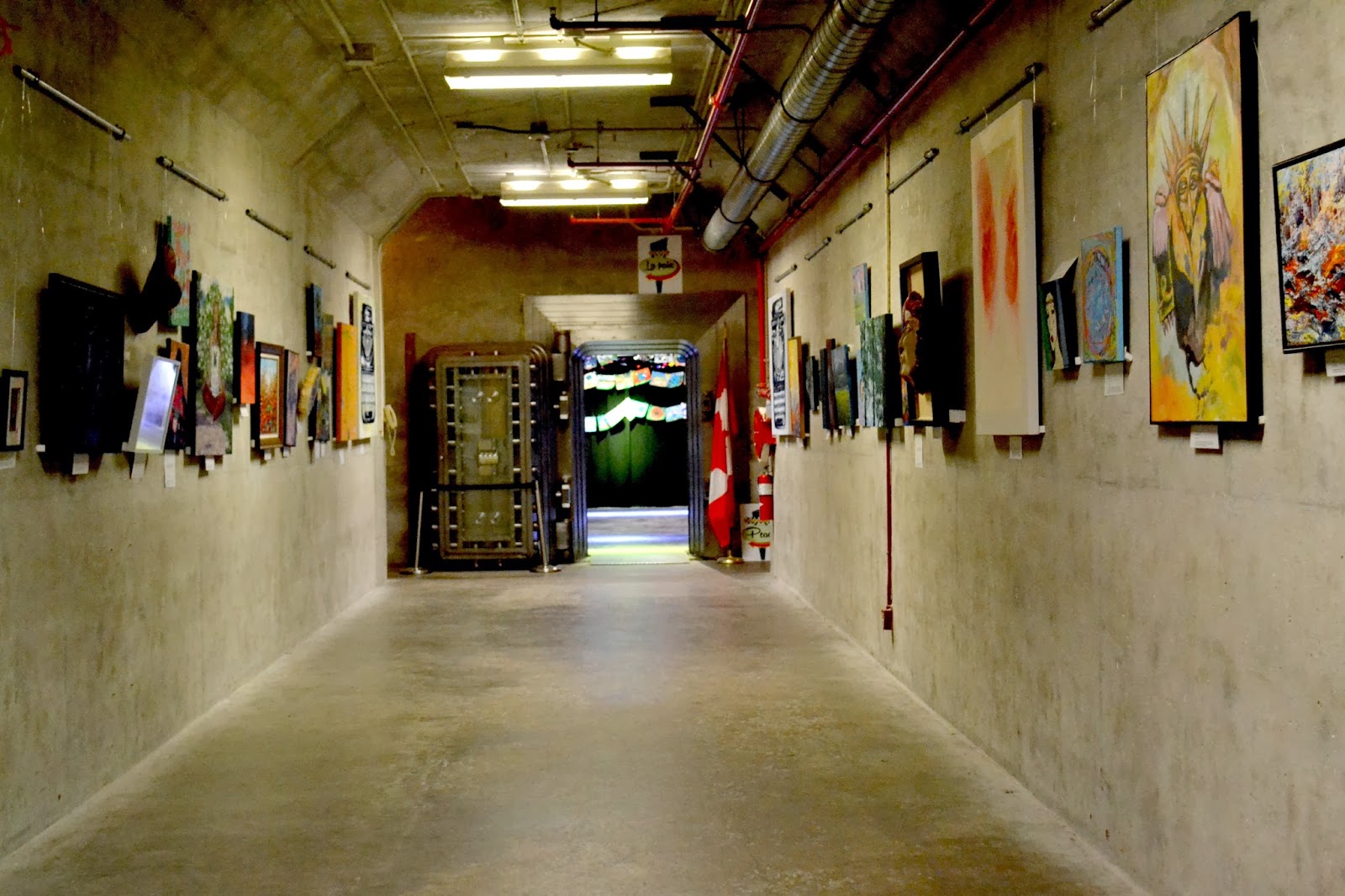 This photo shows the huge safe that was built within the bunker to house 800 ton of gold. It was enormous and walls were incredibly thick! The gold was never transferred to the vault though. 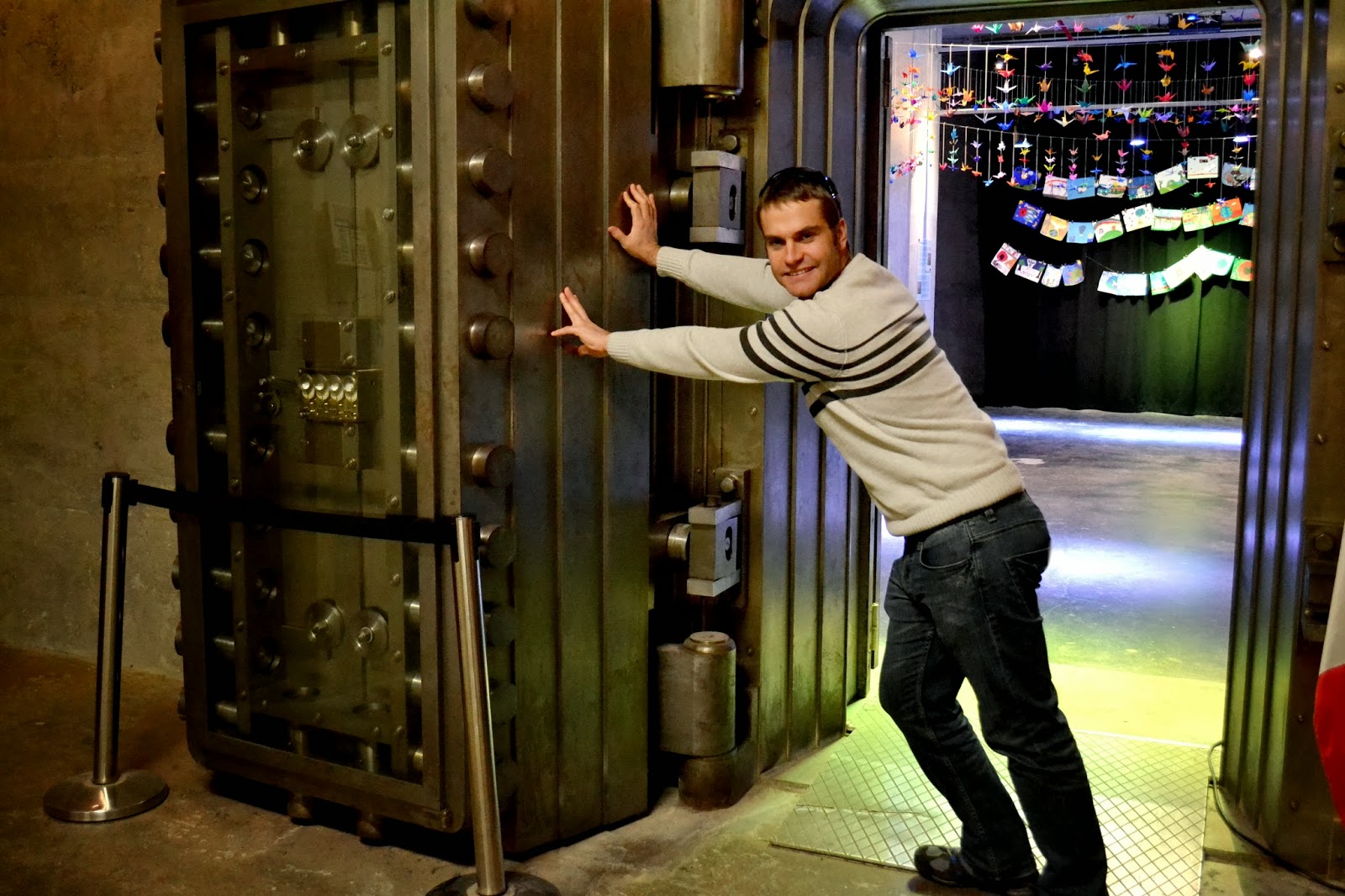 We had an amazing time visiting the bunker and gained so much from learning about the events of the Cold War, espionage antics and war time operations of the bunker.  The experience was made even more complete by my acceptance of a desk job and as official location-pointer-outer-on-a-massive-world-map. 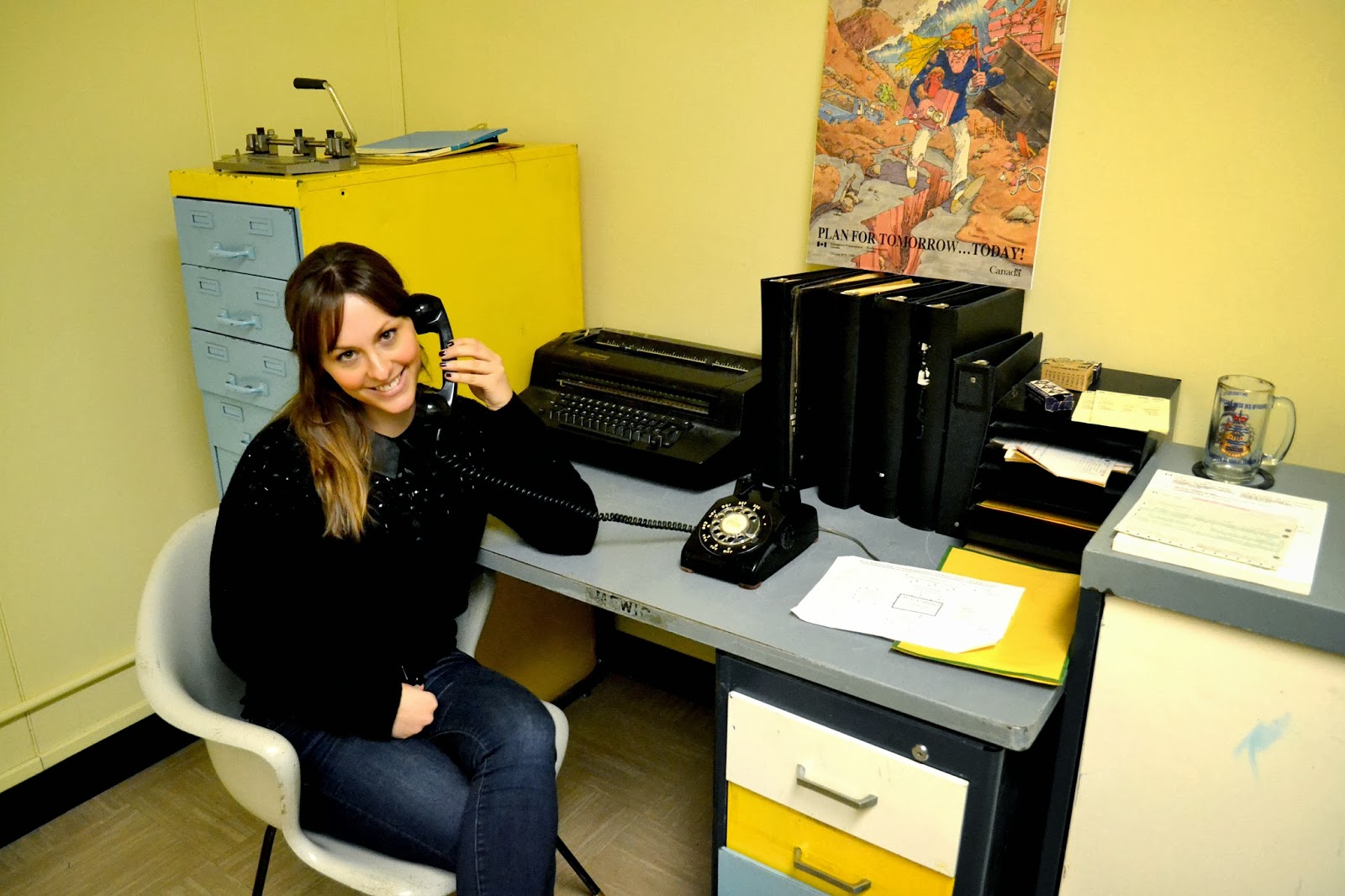 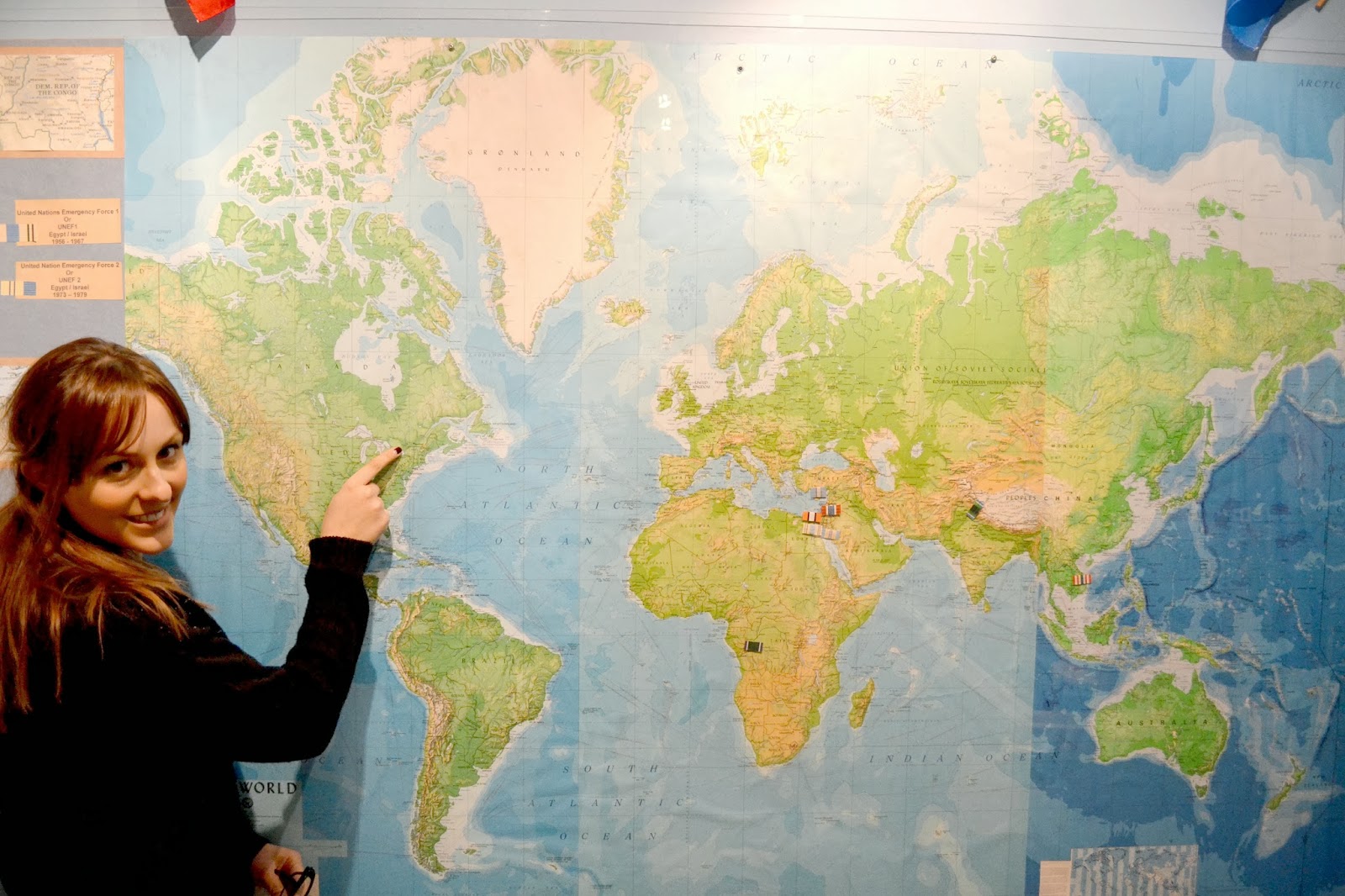 All sillyness aside, the chance to explore the Diefenbunker and take a step back through time was an eye opening experience and it was impossible not to gage and appreciate, at least to some extent, just how real the threat of nuclear war was and how fearful a time it constituted. An atomic bomb on display certainly heightened these feelings and provided a scary reflection on these tumultuous times of our recent history. 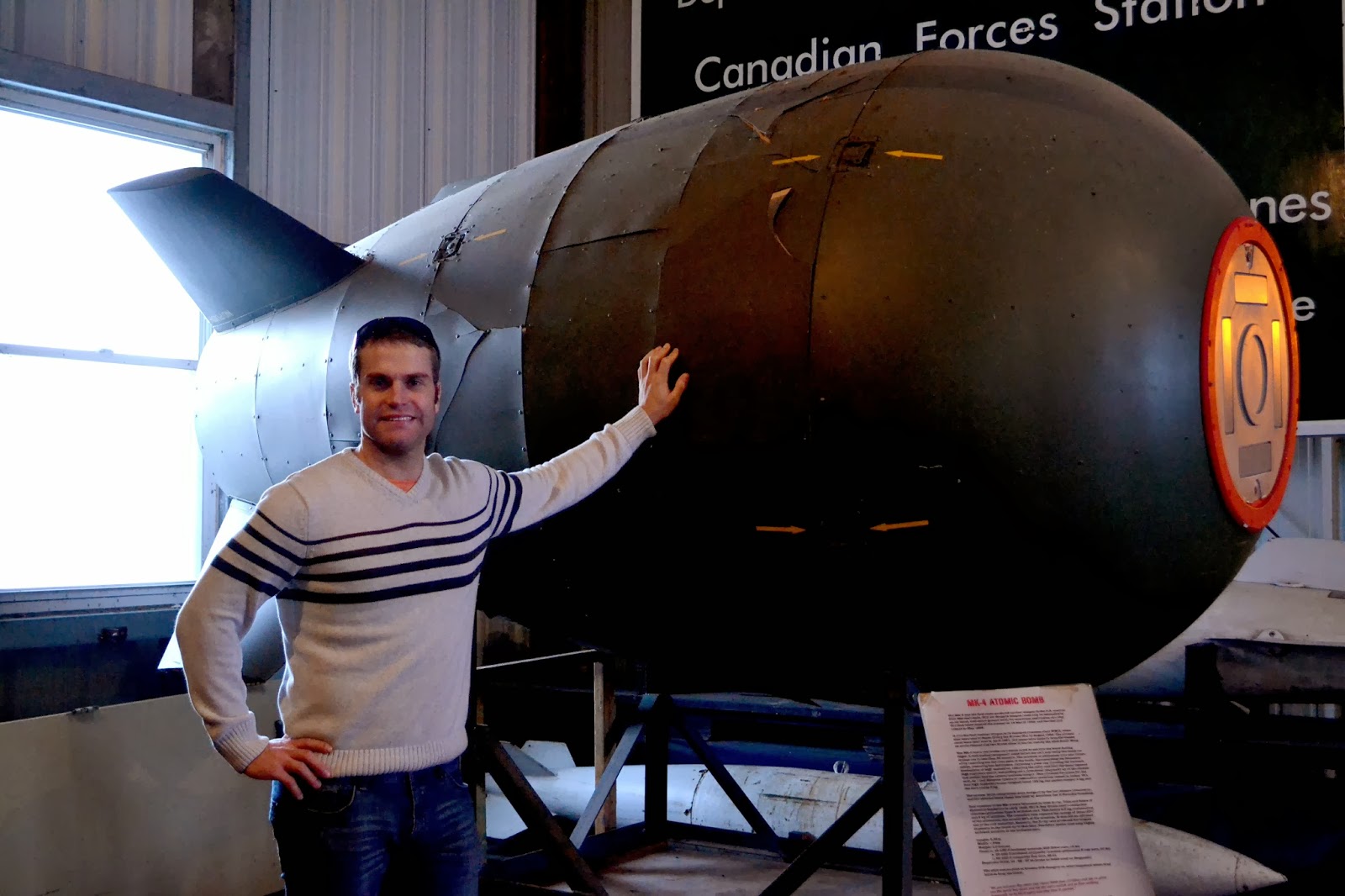 I have some amazing photos and recounts to share of our days in Montreal coming up next time on the blog! My younger sister Dimity joined us on Wednesday night after an epic long haul flight from Australia! I’m so excited to have her here with us to experience the last of our Canadian journey and the beginning of our US adventure. Tomorrow we will reach Québec City where we will spend the last of our unforgettable days in beautiful Canada.
From Montreal, with love xo
January 17, 2014 By Carly
Share Tweet Pin it +1

Travel || Winter in The Bahamas