A Castle, A Lake and A Piece of History from Vancouver Island 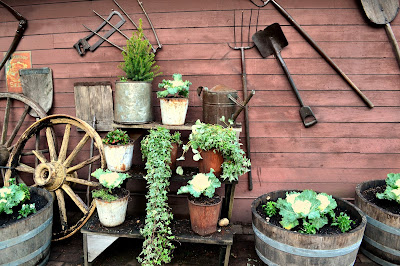 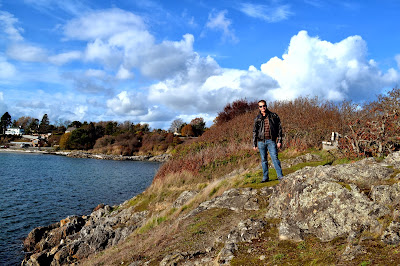 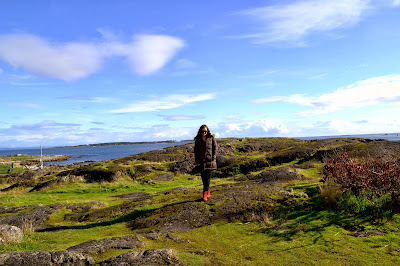 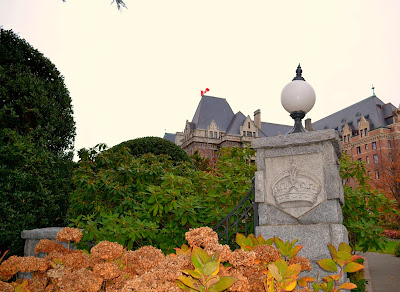 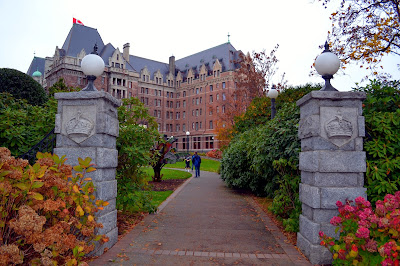 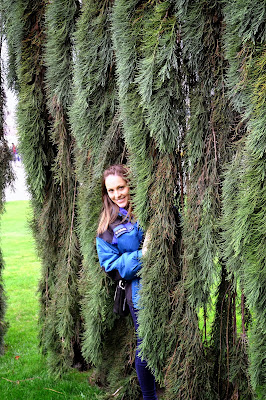 Hiding amongst the trees (photo by Tyrone) 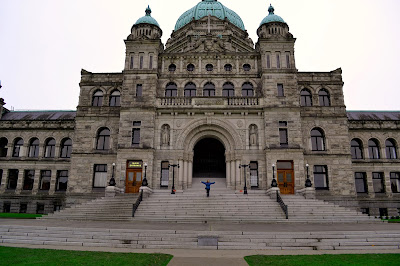 On the steps of the Parliament Buildings (photo by Tyrone) 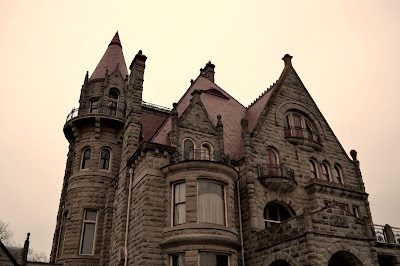 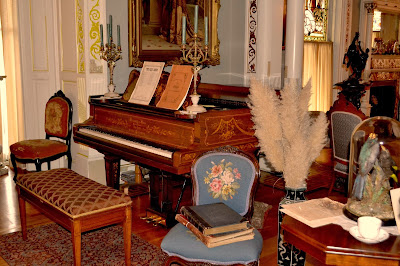 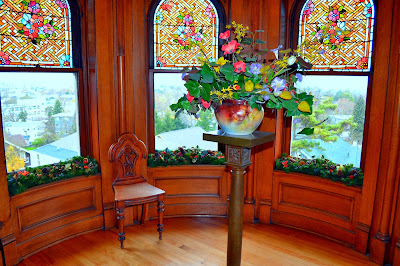 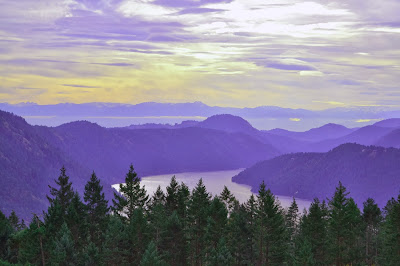 View of the ocean and mountains on the way to Duncan 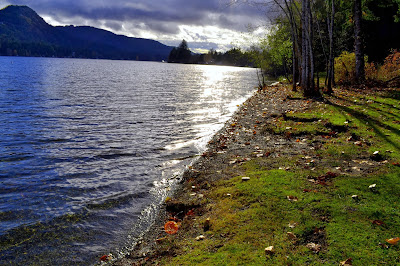 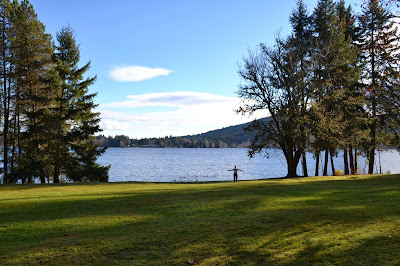 The sun shone on Shawnigan Lake 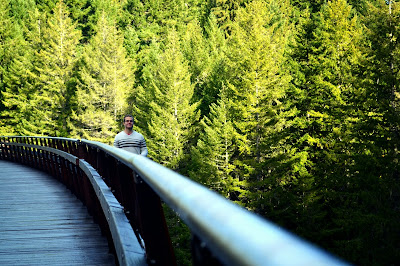 Tyrone and the trestle 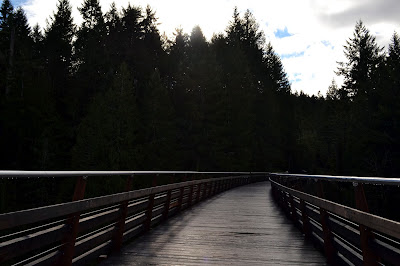 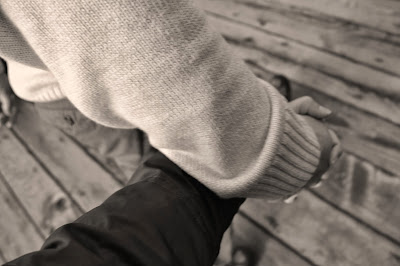 We’ve got the Love 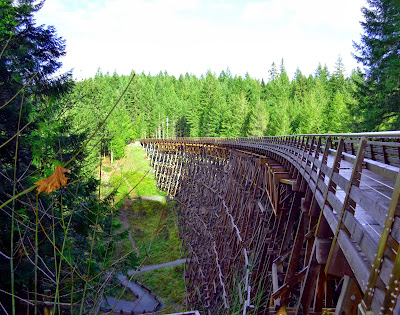 The trestle in its entirety 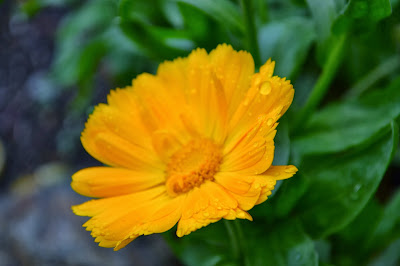 Raindrops on flower petals
This week began with us saying goodbye to the gorgeous countryside of Saanich Peninsula. We were city bound. We arrived in Victoria, British Columbia’s capital, and spent three days wandering down the cobblestoned main streets, exploring a late 20th century castle and admiring the beautiful period architecture of the parliament buildings and the famous and historic Empress Hotel.
Craigdarroch Castle was breathtaking and immense, just as intended by the family who built it in the late 20th Century, when overwhelming displays of wealth was the stepping stone to gaining power and status within society. The castle contained so much history within its walls and we loved taking the time to read the interesting tales of the infamous Dunsmuir family who originally inhabited it. The day was drizzly, misty and cold, which for some reason seemed like the perfect weather for exploring turn-of-the century castles. Compared to the grand European Castles built hundreds and hundreds of years ago, Craigdarroch Castle was positively modern – it was built with beautiful contemporary furnishings and had hot running water and electricity! We really enjoyed stepping back in time and exploring the castle on that cold, wintery day.
Another place that we enjoyed was the Royal British Columbia Museum. Again, the history and stories we uncovered there were mesmerizing and thought-provoking, as historical tales tend to be. I particularly loved the late 20th century tales of the war and the trials and trivilations of early British Columbian development, while Tyrone’s interests laid in the details of the earth’s evolution over thousands and thousands of years. Overall, the Museum was a real treat and a highlight of our short time in Victoria.
After Victoria, we set out for the city of Duncan, in the Cowichan Valley. As we were driving north, we came across a stream off the Costal Waters of Alaska and British Columbia where hundreds of salmon were ending their life cycles. To Australians, it was quite eye-opening, and I must admit a little sad, to see so many fish dead or dying in the shallow waters of the stream. However, I learnt how this natural process greatly supports the ecosystem and the birds and black bears which descend onto the riverbank to snack on the salmon. It was quite interesting to see this life cycle process in action.
Our next stop was the beautiful lakes nestled in the forests in the Cowichan Valley. The views were spectacular and we got a few tiny rays of sunshine to bask in while we took in the scenery of the great lakes. We also visited the historic trestle which formed part of the old railway and has only recently been restored. It was huge and we had lots of fun trying to capture its full size on my camera (a very difficult task!).
On Wednesday, we headed back over the Georgia Strait on board the ferry to North Vancouver, where we will stay for the next week or so. Winds from the North Pole are descending upon us and we are in for some very cold days this weekend. With this weather, snow will continue to inundate the mountains, so much so, that the snow fields have opened two weeks earlier than anticipated! More on our adventures to come next time!
As always, we hope this post finds you well! Hope you are all enjoying the Aussie summer. We miss you and send our love.
From North Vancouver, with love xo
November 15, 2013 By Carly
Share Tweet Pin it +1

A White Christmas in Banff

Views From Atop Mount Wellington